EASTON, Mass. – An early pick six by C.J. Fitzpatrick (Pearl River, N.Y./Saint Joseph Regional) set the tone for the New Haven football team as they picked up their seventh straight victory 12-7 in a driving rain over the Stonehill Skyhawks on Saturday afternoon at W.B. Mason Stadium. Overall, the majority of New Haven's (7-1, 7-0 NE10) offense came on the ground where they racked up 172 yards, while registering just 48 yards in the air, including an 11-yard touchdown reception by graduate receiver Joe Caico (Hopedale, Mass./Worcester).

All of the scoring on the afternoon, for both teams, came in the opening half as the Chargers would put the first points up courtesy of Fitzpatrick's 38-yard interception return. Overall, the pick for Fitzpatrick was his first of the season and the second of his career while New Haven has now returned three interceptions for a touchdown this season.

New Haven's second touchdown of the day came with just under 10 minutes remaining before the break when the Blue and Gold completed their longest drive of the season, starting it off at their own two yard line. Overall in the scoring drive, the Chargers converted a trio of third down attempts before capping things off with an 11-yard pass from Ajee Patterson (Neptune, N.J./Neptune) to Caico for his second touchdown reception in as many games.

Leading New Haven's efforts on the ground was junior Ryan McCarthy (Montclair, N.J./Bergen Catholic) who registered 83 yards on 14 attempts while Chris Liggio (Mount Laurel, N.J./Holy Cross) picked up 50 yards and Patterson ran for 42 yards. Overall, New Haven would be tackled for a loss on just one occasion, while McCarthy picked up the longest run of the day, scampering 44 yards on third-and-long during the Caico scoring drive.

Defensively, New Haven was led by sophomore McPrecia Remy who collected a career-high 12 tackles, including a team-best three for loss. Jordan Francklin (Queens, N.Y./Holy Cross) joined him with double digit tackles, picking up 10 total, while Scott Lavelle (West Milford, N.J./DePaul Catholic) and Fitzpatrick closed out the afternoon with eight and seven, respectively. The interception by Fitzpatrick was the only turnover of the day for either team, despite three fumbles by the Skyhawks, all recovered by the home team.

After going three-and out on its opening possession, the Chargers would be the first two find the end zone with the third pick-six of the season, this time as C.J. Fitzpatrick (Pearl River, N.Y./Saint Joseph Regional) picked off his second career interception and returned it from 38 yards out to give the visitors the lead. After being flushed out of the pocket and looking to convert on third down, Kyle Smith's pass downfield went right into the numbers on Fitzpatrick who ran to the outside on his one sideline eluding a pair of tackles for his first collegiate touchdown.

The Chargers would make it a second-straight drive with a touchdown after starting at their own two yard line following a great punt by the Skyhawks Kyle Cantalupo. After a pair of short gains to open up the drive, New Haven faced third-and-five when Ryan McCarthy (Montclair, N.J./Bergen Catholic) broke through the line and free from the defense before being tracked down just inside Stonehill territory following a 44-yard rush.

Three plays later facing another third and long, Ajee Patterson (Neptune, N.J./Neptune) came up big on the keeper straight up the middle, picking up 10 yards for the first down at the Stonehill 37. Patterson would do it again on another third-and-eight for the Chargers offense, this time finding redshirt freshman receiver Paul Cooper (Kings Park, N.Y./Kings Park) in the middle of the field for the longest pass of the day to that point, 19-yards for the first down at the Skyhawks 16 yard line.

The Stonehill defense again forced New Haven to a third down, this time needing to gain five yards when Patterson fired down field again, finding former Charger baseball player Joe Caico (Hopedale, Mass./Worcester)for his second touchdown in as many games, just inside the end zone on the far sideline. The touchdown reception totaled 11 yards, while overall, the Blue and Gold completed their longest drive of the season, gaining 98 yards for the 12-0 lead.

The Skyhawks managed to break up the shutout with under 30 seconds remaining before the intermission. An eight yard rush on second down looked to be stripped before the goal line and recovered inside the endzone by New Haven, but the call on the field was that the ball had broken the plain before being stripped, putting the margin going into the locker room at 12-7.

Neither team could get anything going in the second half offensively as the rain picked up in intensity. With the majority of the second half offense coming on the ground, New Haven looked to punch in the first points of the second half on a drive that spanned the third and fourth quarers. A quarterback keeper by Patterson erased a fourth-and-eight with a nine-yard gain and set up New Haven with first and goal on the Skyhawks eight yard line, but a fourth down pass attempt to the back of the end zone fell incomplete with Stonehill taking over on downs.

Later in the fourth, New Haven would take over once more, again from their own two yard line thanks to a quality boot by Cantalupo. Looking to just run out the clock with the drive starting at 5:33, the Chargers managed one first down before being forced to punt the ball back to the Stonehill offense.

It didn't matter much as the Chargers defense came up big on that final drive by the Skyhawks. After a firsts down tackle for a two-yard loss by Franklin and Markel Johnson (Jersey City, N.J./Lincoln) set the tone, New Haven wouldn't allow more than a four-yard pick-up on the next three downs before taking over on downs and kneeling out for the victory.

NEXT ON TAP New Haven will return to the Blue and Gold turf of Ralph F. DellaCamera Stadium for the final time in the regular season when they host the Saint Anselm Hawks on Saturday, November 3. The Chargers look to extend a three-game win streak against the Hawks, however the only two wins for Saint Anselm in the all-time series have both come on the Chargers home field. Kick off in the Northeast-10 Conference battle is scheduled for 1:00 p.m. 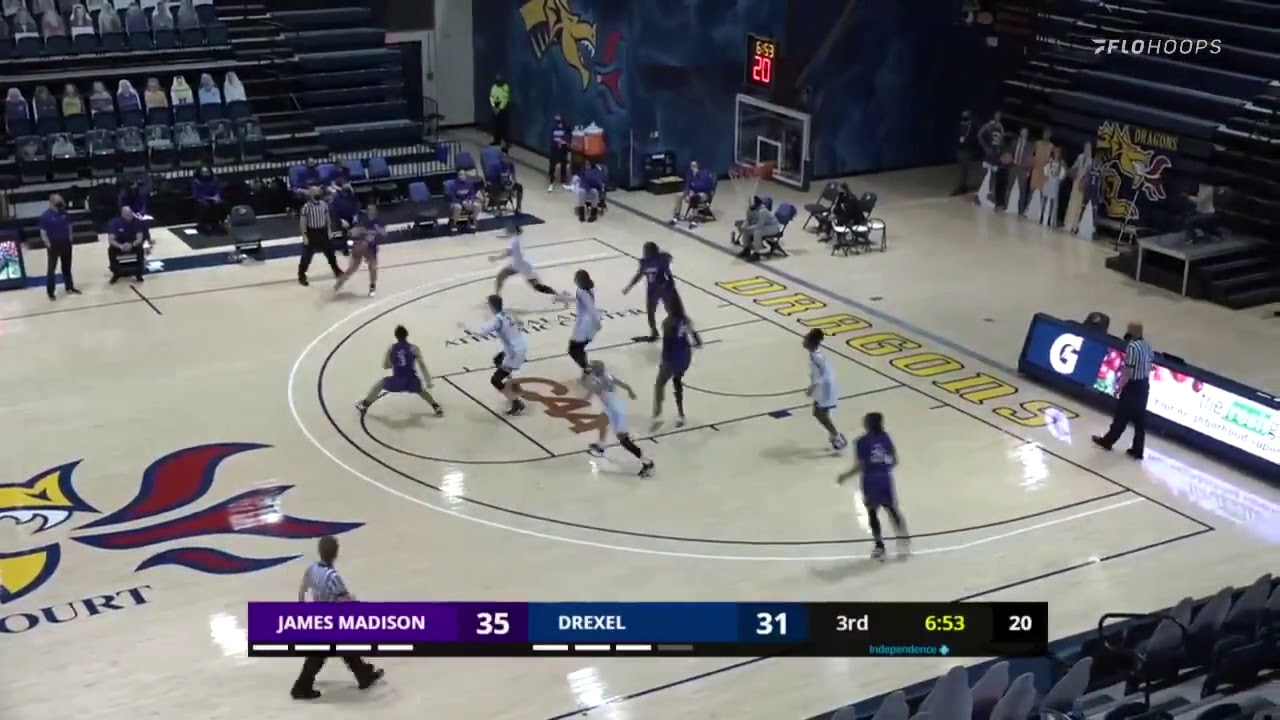 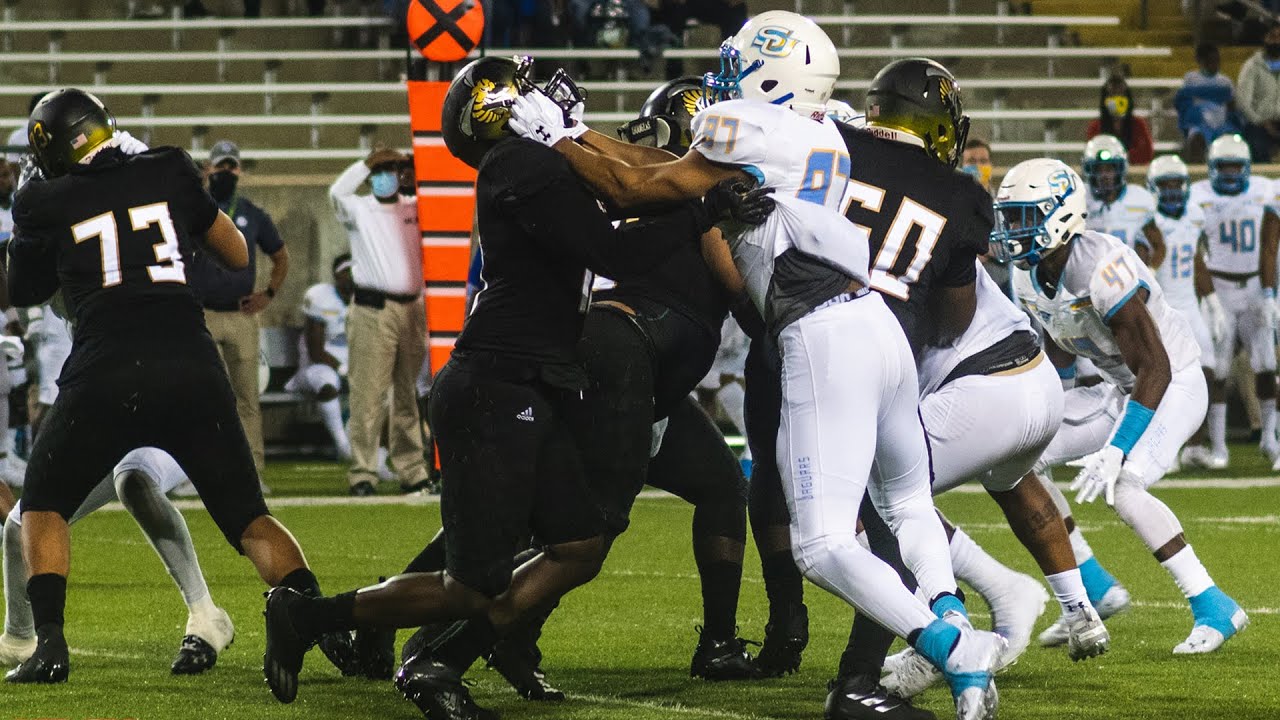 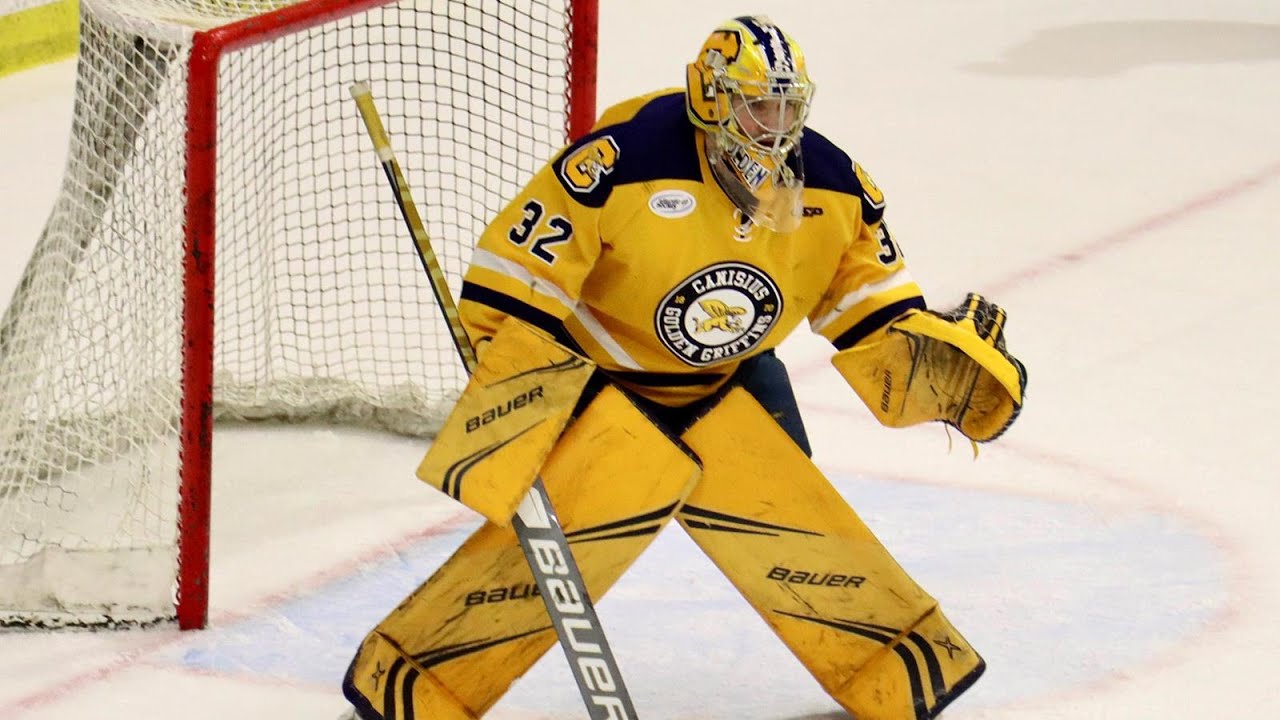 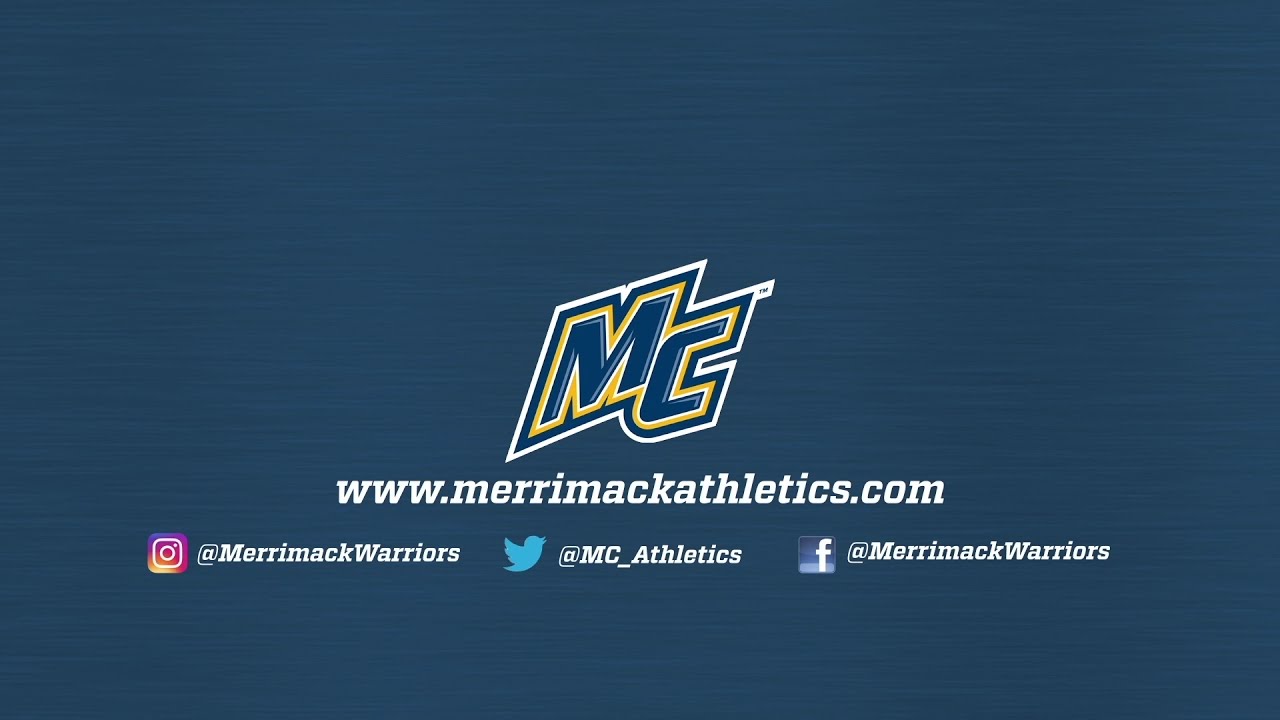 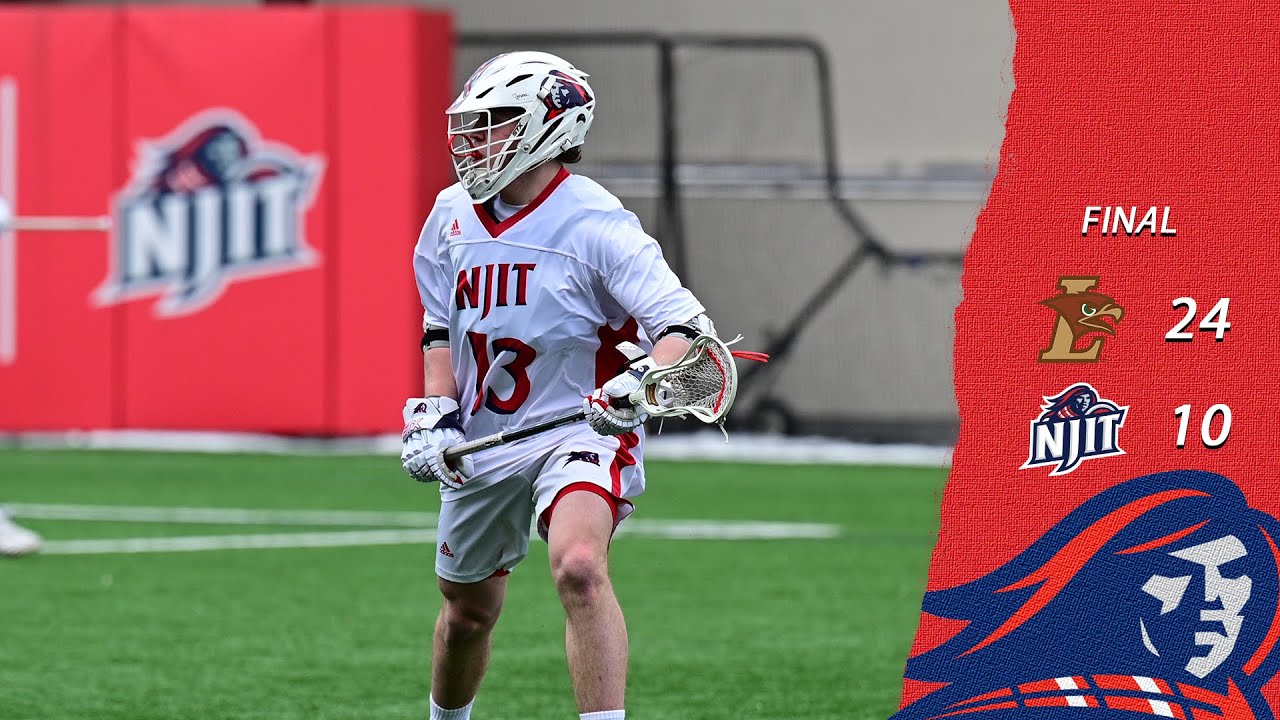 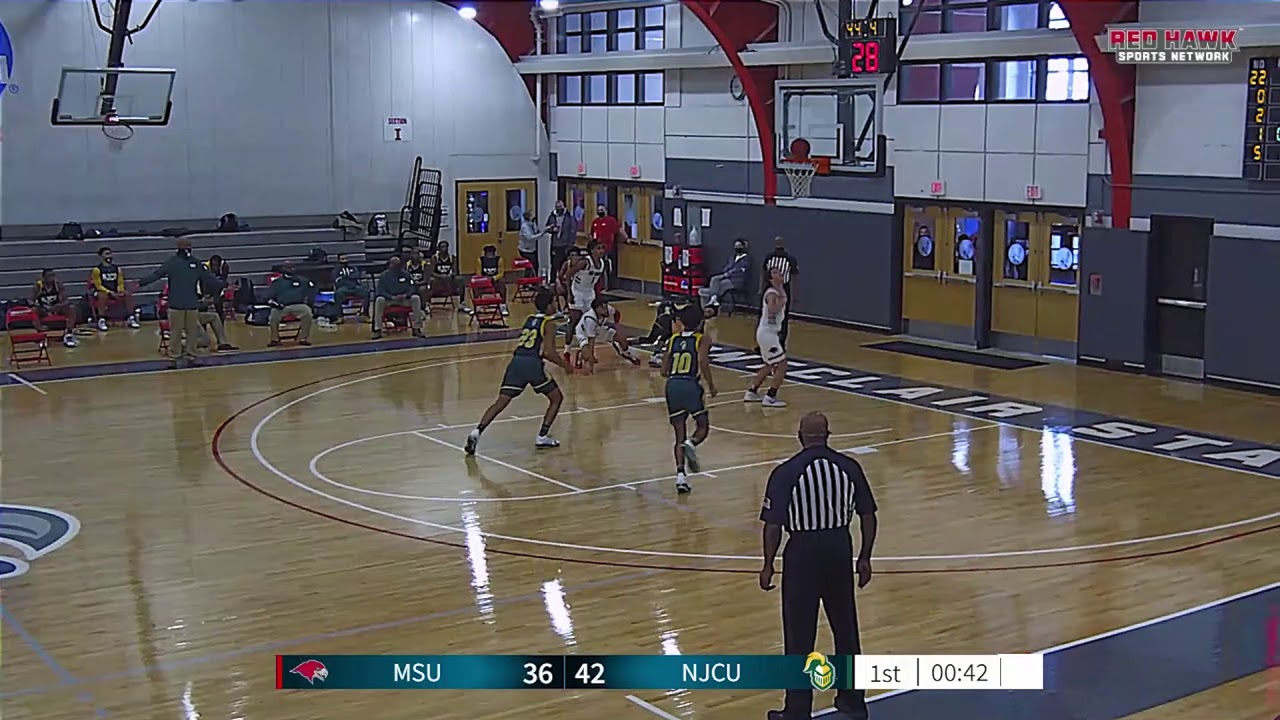